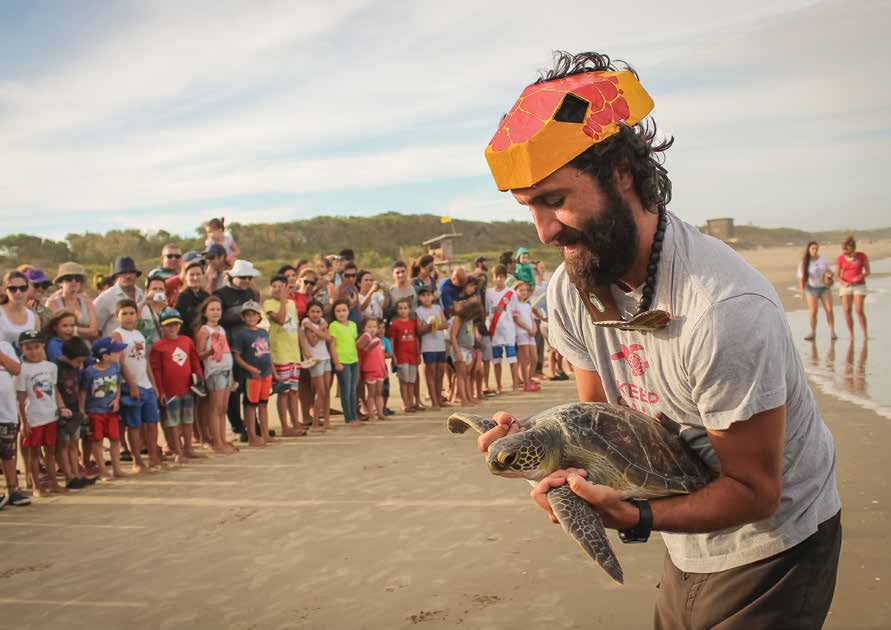 “A broadly quoted MacArthur Foundation study claims that “by 2050, there will be more plastic than fish in the world’s oceans.â€ This nightmare scenario could become reality if humans continue to produce plastics at predicted rates, and if we continue to fail to dispose of those plastics properly. The current output of plastics exceeds 300 million tons annually, of which an estimated 8 million tons or more end up in the oceans, an amount roughly equivalent to 500 billion plastic drink bottles every year. This uncontrolled buildup of plastic waste in the ocean threatens marine ecosystems and species in many ways, from lethal ingestion, to bioaccumulation of plastic based toxins in the tissues of sea life, to entanglement, and much more. These persistent and highly buoyant pollutants fragment into increasingly smaller pieces when subjected to the action of ocean currents and winds, and the minute particles ultimately accumulate into a sickening slurry of plastic waste and biomass in enormous garbage patches that can now be found in nearly every ocean gyre.

Uruguayan waters are considered an important foraging and developmental habitat for marine turtles in the southwestern Atlantic Ocean. In particular, these waters host a mixed stock of early juvenile green sea turtles that feed mainly on macroalgae and gelatinous macrozooplankton, among which small plastic fragments are found more and more frequently and are easily mistaken by turtles as food. The ingestion of plastics can manifest as sublethal effects on turtles’ health, such as a decrease in nutritional gain, but it can also lead directly to their death by starvation by blocking the digestive tract. Not surprisingly, each year dozens of weakened and dead turtles are found stranded along Uruguay’s 710 kilometers (441 miles) of estuary bank, beaches, and rocky shores with clear evidence of plastic ingestion. Based on studies of stranded sea turtles in Uruguay, estimated mortality from plastic ingestion has surpassed bycatch deaths to become the primary cause of strandings.

Since 1999, the Uruguayan nongovernmental organization KarumbÃ© has worked on all aspects of sea turtle research and conservation, and in recent years KarumbÃ© has focused a good deal of its attention on the issue of plastic pollution around three complementary pillars: preservation, research, and education.

KarumbÃ© has built a stranding and rescue network that is served by two rehabilitation centers that help weak and injured animals recover to healthy status before being released to the sea. The successful implementation of this network began with the education and training of specialized technical staff to deal with sea turtles suffering from health effects of plastic ingestion. The network launched information campaigns using social media that were aimed at increasing the number of rescued turtles along the Uruguayan coast, and they have drawn the attention of a significant number of volunteers and concerned citizens. This increase in public engagement has exponentially increased the stranding and rescue alerts received by the organization, and KarumbÃ© now rescues and recovers more than a hundred turtles per year.

To improve our understanding of the dynamics and impacts of plastic pollution in Uruguayan waters, KarumbÃ© has undertaken a multidisciplinary program that uses hydrodynamic and oceanographic dispersal models to determine the drift trajectories and transport patterns of plastic debris. In addition, necropsies and veterinary observations provide detailed evaluations of the effects of plastic pollution on the health of stranded sea turtles. The results are helping to develop risk assessment protocols for plastic ingestion in sea turtles; such protocols will ultimately help to design effective mitigation strategies and conservation plans.

KarumbÃ© strongly believes that to have long-term success and public support, all its preservation and research efforts in Uruguay must be closely linked to increased environmental awareness. KarumbÃ©’s education programs and actions address many different sectors of society:

Although the threat of plastic pollution in the worlds’ oceans looms large, the battle is not yet lost. The solutions lie within the power of humans. More and more people are already demanding changes in policies and changes in plastic production and consumption patterns worldwide. Our responsibility as conservation organizations is to spread the message as widely as possible and to raise awareness about marine turtles among as many people as possible. Perhaps this will be a long and arduous path, but as one of Uruguay’s most renowned writers, Eduardo Galeano, once said, ‘Many small people, in small places, doing small things, can change the world.'”